Taming of the Shrews 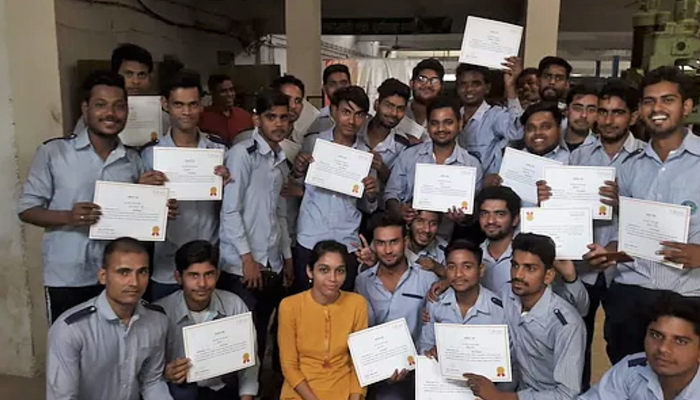 Bringing in positive changes through a healthy personal touch.

Ms. Sakshi was in charge of facilitating the Udhyam Shiksha program for the first year students at ITI, Faridabad. In the initial days of the program, she had to face an array of problems. Here is a story of how she successfully overcame them and won the trust of her pupils.

The Students used to take the Shiksha class for granted as it wasn’t part of their normal schedule. There were no exams and the facilitators were lenient. Some even asked her if they can play video games outside instead of listening to the class. Some gave attendance and walked out of the class while others came in just 15 minutes before it ended.

Initially, Sakshi tried the classical approach of restraining them, only to see it fail. She then consulted with her colleagues and worked up her own formula to tackle this problem:

What were the determinants that brought in such a positive change in these students?

They saw that Sakshi added a different value to their lives. It wasn’t the monotonous jargon that the rest of their world was trying to force on them. She made an effort to know their problems and do her bit to help them find the solution She gave them independence and the right to choose. They learnt to take ownership of their actions. If they were late, they would miss out on an experience.
They couldn’t play rebel anymore. Bunking class wasn’t something to be proud of or show off. There was no logical reason to skip a fun filled and activity based class.

In conclusion, the informal and caring nature of the session helped Sakshi build a strong student-facilitator bond. Her personal touch helped in modifying the outlook of the students and increased their yearning for learning.