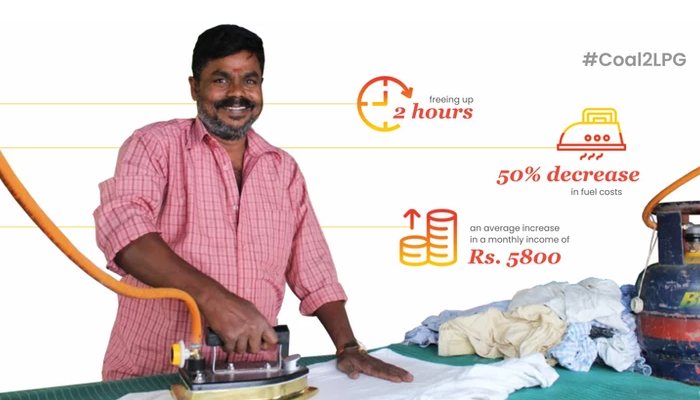 A graduate of Kellogg School of Management, Rahul was an early team member of Udhyam Vyapaar. He worked with micro-entrepreneurs to help scale their businesses through mindset and product interventions.

I joined the Udhyam Vyapaar team in June 2018. The few months old team only had three members then.

Our Vyapaar team was driven by a sole aim - we wanted to see small business owners in India scale and succeed. Inheriting Uhdyam's design-thinking culture, we started spending time with nano entrepreneurs to understand their businesses, recognize their problems, and solve them.

Our team and Saathis - college hires with degrees in social work - spread around Bengaluru. We jumped on the ground with push-cart ironers, chai sellers, tailors, small shop owners, and other micro businesspeople to grasp their needs, aspirations, and issues.

After months of fieldwork and several failed experiments, we realized that the problems of these small businesses change from business to business. So while a tea seller would be trying to save milk from getting spoilt, a tailor would be worrying about a nightly rat-raid in his shop. To bring an impact, we needed to create business-specific solutions.

Out of all our work, our intervention with Bengaluru pushcart ironers has been the most successful and promising. We closely observed about 5000 ironers out of their total population of over 40,000, most of who have migrated from Tamil Nadu and now live in Bengaluru.

The team wanted to understand "how to increase the income of non regulated pushcart ironers?".

After spending about four months with the pushcart ironers, befriending them, and talking to their families, we identified four key hurdles in their growth:

· idle time of ~ 2.5 hours while waiting for coal to dry and heat

· inability to dry coal in the rainy weather

Armed with the right problems, we researched fuels that could replace coal. The team stumbled upon a video of an ironing business from Delhi which was using Liquified Petroleum Gas (LPG)-powered iron box.

LPG could solve all our four problems. The LPG-fueled iron box heats up in two minutes, creates no damaging residue, is more fuel-efficient, has no health effects, and is easier and more convenient to use.

This was a groundbreaking moment.

We provided a few iron boxes to our iron-wallahs to try. The weight would have to be reduced; ironers told us. These iron boxes have a plastic handle but we have only worked with wooden handle for decades, iron-wallahs said.

We coordinated with the ironers and the manufacturer to co-build an LPG-based iron box as per the ironers' specifications. After the production, more than 1000 pushcart ironers switched to LPG-powered iron boxes.

Based on an impact study conducted in February 2020, the new iron box increased ironers' productivity by freeing up ~2 hours, a 50% decrease in fuel costs, and an average increase in a monthly income of -Rs. 5800.

The tremendously successful Coal to LPG initiative is a big achievement for a young team like ours, and we plan to scale the LPG boxes to the iron-wallahs across India in the coming years.

With the press-wallahs I learned that empathy is core to solving business problems. By incorporating the "invaluable wisdom" of the vyapaari in the solution creation process, we can multi-fold our solutions' impact”.

I have been ironing using a coal box for 15 years. For the past month, I have used this LPG-based ironing box. I'm saving two-three hours a day thanks to it. In that extra time, I can now iron extra 30-40 clothes. Moreover, there are no pollution problems, dust allergy, and the finishing is good”